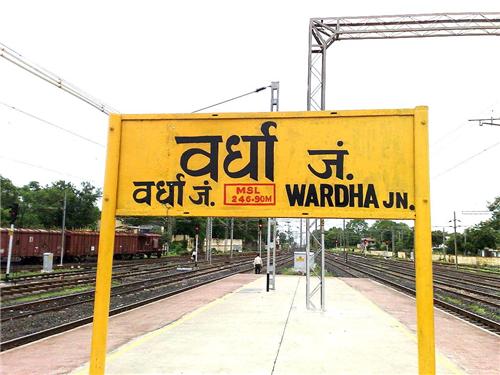 Wardha is a city famous for its historical links with the Indian National Movement and it’s fame as a tourist hotspot, in the central Indian state of Maharashtra. Being an important destination for tourists from all over the world, the city has been well equipped with efficient transport facilities which can ferry visitors from one point in the city to another as well as to places situated outside the city. In this article, we shall talk about one of the most important elements of the transport in Wardha – the Wardha Railway Station.

History of the Wardha Railway Station

One of the historic moments in the history of Indian Railways was transpired on 16th April, 1853 when the nation witnessed the maiden journey of its first ever train between Thane and Mumbai. The Great Indian Peninsula Railway(GIPR) network was subsequently extended to Kalyan, via the Bombay-Thane line, a year later in May, 1854. A few years later, in 1867, this branch was also extended to Nagpur. The direct connection between Delhi and Chennai was later made in 1929 after Kazipet-Balharshah link was established.

This direct connection between two of the most important metro cities in India, however, was soon grappling with the problem of North-South bound trains having to reverse their engines in the opposite direction, before the Wardha Railway Station was established. To get rid of this time consuming process and usher in some much needed efficiency into the newly created railway route, the Wardha Railway Station came into existence, with the express purpose of halting the North-Sound bound trains.

Wardha’s growth in the context of modern India has been spurred by its impressive status as a vibrant tourist destination flourishing at the heart of the country. This has resulted in generating a massive impetus for the efficient management of the assets in the city which help it earn the revenue that it does from tourism. The basic amenities available at the Wardha Railway Station are as follows -

A total of four platforms can be seen in the premises of this railway station, none of which can be termed a home platform. Passengers have to make their way to any of the four platforms using an overhead foot bridge. The Wardha-Nanded railway line – under construction at present – shall be used to take care of the ever increasing passenger traffic at the Wardha station; besides, this new station shall also have a home platform.


Explore more about Transport in Wardha