Wardha is a centrally located city in the Indian city of Maharashtra and is home to a number of attractive tourist destinations which are frequented by visitors of all classes from all over the world, throughout the calendar year. The rich legacy of Wardha being a pivotal seat of the Indian National Movement is lent additional credibility by Mahatma Gandhi’s association with the city in the days of the British era. In this article we shall provide a general overview of the most important tourists destinations in the city.

The seeds of foundation of this stupa are found in Japanese spiritual stalwart Fuji Guruji’s visit to Wardha in 1935 and his subsequent meeting with Mahatma Gandhi. It was the spiritual guru’s express wish that Gandhiji take up the cause of constructing Shati Stupas in India, which could serve as ideal centres of worship for the Buddhist community. Gandhiji acceded to this request and forwarded the guru’s request to concerned authorities – in the subsequent time, eight such stupas were set up all across India, one among which was located in the city of Wardha. The construction of this Buddhist place of worship was completed in 1995, after Japanese themselves came up with valuable help. The architecture on the stupa has mention of the life and story of Buddhist luminary Gautam Buddha and contains various other elements of exquisite beauty. 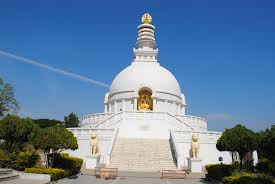 Mahatma Gandhi’s cursory visit to Wardha in 1934 was enough to convince him of the utility that this place could hold for all his future campaigns in India. In accordance with this vision Gandhiji, with the help of Jamnalal Bajaj, decided to set up an Ashram in Segaon village for conducting his nationwide nationalist activities. In accordance with the nature of Gandhian activities carried out here, the place was renamed as Sevagram in the due course of time. Most of Gandhi’s subsequent campaigns either commenced from this Ashram or were integrated to it in various ways. The Ashram houses, besides the rich legacy of Gandhi, Adi Niwas, Ba Kuti (for Kasturba Gandhi), Akhri Niwas, Mahadeo Kuti and Kishor Kuti. The Indian government came up with a guest house in the vicinity, for the Ashram visitors. The Mahatma Gandhi Medical College was established in Sewagram in 1969 by Dr Sushila Nayar.

Located in the Samudrapur Tehsil and 60 kilometres away from Wardha, Girad is one of the most important centres representing religious heterogeneity in Wardha. The aura of the tomb of Shaikh Farid Baba – a famous Muslim saint who stood upside down during prayers, for days on end- is complemented by the temple of Lord Rama on the bank of a nearby lake. While the Hindu community celebrates the Ram Nawami amid great pomp and splendour, the Muslim community makes merry during the ten days of Muharram.

Apparently, this is an inconspicuous forest village located on the mountainous slopes of the Satpura ranges near the River Dham. The significance of this place comes to light, annually, during the celebration of Mahashivratri, which is centred upon the temple of Lord Shiva that is situated 4 kilometres way from the village.

This is yet another product of Wardha’s deep association with Gandhi and the Indian National Movement. Situated at the heart of the city, this is a sprawling museum with a rich historical heritage which stems from its inauguration by Mahatma Gandhi on 30th December, 1938. Following the Indian Independence in 1947, the maintenance of the museum was taken up Gandhian experts Dr J.C.Kumarappa and Aaryanayakam – both of whom are pioneers in the field of promoting village development models.

This is one of the most iconic centres of Hindu religious activities, and dedicated to lord Vishnu and Goddess Laxmi. The temple was constructed in 1905 and was subsequently made available to Harijans (low caste people) in 1928 by Jamnalal Bajaj. Besides the presence of a medicine shop providing free medicines to the poor and the needy, the temple also houses a large library that is filled with religious texts in various languages. The inner sanctums of this religious centre are made of marble. 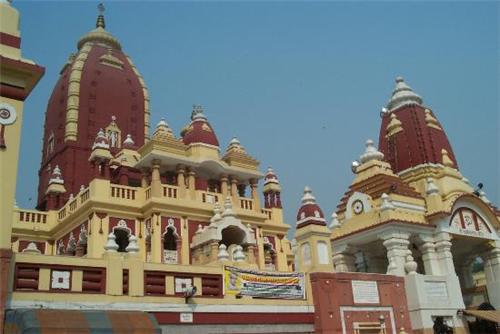 Located on the banks of River Hena in the Hinganghat Tehsil, this place is famous for the annual fair held here in memory of Sant Nagaji Maharaj. The temple of Lord Murlidhar is used to arrange this fair.

Located in the Karanja Tehsil and about 60 kilometres away from the city of Wardha, Garpit is one of the most sought after destinations for tourists who are on the lookout for scenic beauty in the city. The attractive collection of flora and fauna of this small forest village is absolutely mesmerising – to facilitate tourism in here, administrators have set up a guest house on the hill nearby.