The city of Wardha (which also acts as the municipal council and administrative headquarters of the Wardha district) in the Central Indian state of Maharashtra has one of the most impressive historical backgrounds among other Indian cities of the same stature. Right from the age of the Maurya Empire to the British era followed by a place in independent India’s cotton industry – Wardha has had its share of prominence in some of the most prolific pages of Indian history. In this article we shall strive to provide a compact and brief overview of the entire historical background against which this city evolved and grew into one of the most important centres of tourism in the present Indian context.

Even though Wardha was an integral part of important dynasties like the Mauryas, Sungas, Satavahanas and the Vakatakas, it was the Vakataka regime that first brought Wardha into the limelight. The province of Pravarapura, presently known as Pavnar, once used to be the capital of the Vakataka dynasty which – whose rulers were considered to be contemporaries of the Imperial Gupta kings. The most famous Vakataka ruler Rudrasena was married to the daughter of Chandragupta Vikramaditya who then had considerable influence on the region in which Wardha was located. The extent Vakataka empire that subsequently came to rule over Wardha ranged from the Krishna-Godavari basin in the south to the Narmada river in the north, and from the Bay of Bengal in the east to the Arabian Sea in the west.

A number of rulers were associated with the city during this period – they included the Rashtrakutas, Yadavas, Chalukyas, The Bahamani Sultanate, The Delhi Sultanate and the Berar and Maratha Empire. Two of the most important administrators of Wardha at this point of time were Raghuji of the Bhonsle clan and Raja Buland Shah of the Gond Empire.

Midway through the 19th century Wardha had become a part and parcel of Nagpur when the British assumed complete control over it. It was in the decade of the 1850s in which the newfound British stronghold in India made Wardha an integral part of their Central Province. It was during this British era itself that the city got transformed into one of the most important seats of the Indian National Movement, under the aegis of famous leaders like Mahatma Gandhi and Vinoba Bhave. 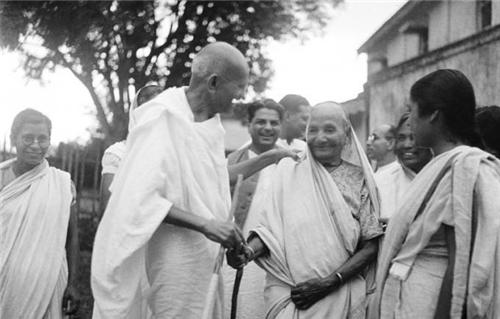 Mahatma Gandhi was instrumental in turning Wardha into one of the pivotal points in Central India to anchor his nationalist campaigns that cut across the length and breadth of India. To facilitate a better way to work, Gandhiji soon developed the city of Sevagram, adjacent to Wardha, and set up his own Ashram in there. Sevagram is considered to be the sister city of Wardha. One of the most important events in the history of contemporary India to have taken place in Wardha was the annual Indian National Congress conference in 1934.
The British had made a number of changes to the structure of Wardha before it became a part Gandhiji’s plans – the first changes were made in 1862, before which the district of Wardha was indistinguishable from Nagpur. Palakwadi village was made the district headquarters after a number of sweeping changes were made to its appearance. British planners Sir Crowdock and Sir Bachelor came up with the plan of a new city, in the place of the village, and named in Wardha to avoid any unnecessary confusion in administrative works.

A number of changes have been made to the city of Wardha, following the British exit in 1947; its impressive infrastructure has been tuned to suit the needs of the present times and certain administrative reshuffling exercises have been undertaken in view of the present context. The city at present is a bustling centre of tourism, mainly by virtue of its historical fame and unbridled scenic beauty, and a crucial part of the Indian cotton industry.