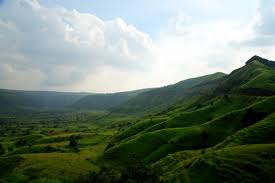 Lush Green Valleys of Wardha
Wardha forms a distinct part of the north eastern part of the state of Maharashtra. Formerly, it was a part of Nagpur but was subsequently separated and given its own identity in 1962.
Latitudinal and longitudinal extent – 20 deg 18 ‘ N to 21 deg 21’ N latitudes, 78 deg 4’ to 79 deg 15’ E longitude.
The physiographic division of Wardha yields three separate sections –
The northern and eastern regions of Wardha are generally filled with hilly regions which are a part of the Satpura ranges, projected southwards; these mountainous regions have distinct slopes in the north, south and east directions and gradually merge with the Wardha lowlands. The southward descent of the slopes is marked a number of geographically prominent contours or terraces.
The western boundary of the Arvi subdivision is marked by a narrow and elongated strip of plains called the ‘Arvi plains’. These plains, running from north to south along the western boundary of Arvi, are more than 65 kilometres in length and 7 kilometres in width. They are situated very close to the Wardha valley, with the average elevation levels in the hill slopes being 300 metres.
The most fertile region in Wardha is found in the Wardha-Hinganghat plains – they constitute nearly the entire area of the Hinganghat subdivision and about two-thirds of the southern regions of the Wardha subdivision and form an area of high fertility that has a gentle slope directed towards the Wardha River. This region has elevations ranging from 300 metres in the North to 200 metres in the South.

The type of soil generally found in Wardha can be distinctly subdivided into the following categories –
Agriculture forms the backbone of the Wardha economy, much like the rest of the state of Maharashtra. The part of land used for agriculture is highest in the southern regions formed by the subdivisions of Hinganghat, Deoli, Wardha and Samudrapur. The northern region surrounding Arvi, Karanja, Ashti and Selu have more of an equal distribution between forestry and agriculture with respect to land use. Hinganghat, especially, is known for applications of land for myriad purposes other than regular agricultural practices – orchards and vineyards being the most prominent among such non-agricultural activities.

Besides River Wardha, which is the most important river in the city as well as the district of Wardha, there are a number of other rivers which mostly originate from the Satpura ranges and trace their flow along the western and northern boundaries of Wardha. Some of the most important river bodies which intersect Wardha and its peripheries are Vena, Bor, Dhom, Kar, Bakli and Yashoda. Problems associated with these rivers are mainly related to excess dryness in summer and flooding tendency during the monsoons – this fear of rivers in Wardha giving rise to floods in made worse by the absence of dams in the city or the district.